Brannel School is taking part in BBC News School Report, a project which motivates 11-16 year olds to develop journalistic skills so they can report on the stories that matter to them and make their voices heard. The project culminates on School Report News Day, where all schools taking part produce stories and publish them on their school websites.

Brannel students are planning to report on a range of issues. Here are some tasters…

The Fourth Industrial Revolution: are robot creations going too far?

By Lewis and Elijah, Year 7

“Mastering the Fourth Industrial Revolution” was the theme of the World Economic Forum in Davos, Switzerland, this month. The Fourth Industrial Revolution refers to the fusion of technologies across the physical, digital and biological worlds which is creating entirely new capabilities. This will have dramatic impacts on the world’s political, social and economic systems. Does this continuing trend mean that robots could one day take over millions of jobs?

Prof Stephen Hawking, one of Britain’s pre-eminent scientists, has said that efforts to create thinking machines pose a threat to our very existence. His warning came in response to a question about a revamp of the technology he uses to communicate, which involves a basic form of AI. He told the BBC: “The development of full artificial intelligence could spell the end of the human race.”

We believe that this raises some deep moral and ethical questions. Could robots one day take charge of the universe? Would they help or destroy us? Do humans need to prepare to fight back?

Will robots take your job?

The Rise of ‘New’ Feminism?

We are two girls from year 10. Feminism has been enjoying a popular resurgence in much of Europe. In Sweden and Norway, for example, with the growth of a feminist party, it is becoming a political force. We want to talk about how we feel about the new feminism and, specifically, about the public reaction to the #heforshe campaign.

In 2014, as a UN Women Goodwill Ambassador, Emma Watson gave an impassioned speech in support of He for She. The campaign centres on a website where men and boys can acknowledge that gender equality is a human rights issue and pledge to fight the inequality that women and girls face. However, the public reaction was far from only positive. Emma Watson found herself the target of intimidating internet trolls.

Women and girls still face consequences when they speak up about feminism. Do you have to be uniquely brave to be a feminist game changer? Does feminism have to mean man-hating?

What do dogs REALLY eat?

Have you ever used the excuse ‘the dog ate my homework’? The teacher usually thinks it’s a joke and that makes you barking mad, but actually… you’re not. It’s time you went to school and learnt about what dogs REALLY eat!

You may think that your dog is getting a bit fat. You may blame the dog treats. But what if your dog has really been eating household items that you thought you had misplaced somewhere?

We have the pictures to prove that dogs are mad animals and GREEDY too!

I am a huge fan of the classic “muscle cars” which ruled the road before the onset of oil crises and gasoline shortages. They have a lot more character than new cars, their styling is a work of art and they are built for speed. They also star in classic movies: there is the 1968 Ford Mustang GT 390 from “Bullitt”; The Interceptor – the Australian 1973 Ford Falcon XB GT Coupe from “Mad Max”; and Eleanor – the 1967 Ford Mustang Shelby GT500 from “Gone in 60 Seconds”. Two of my favourite 1960’s cars are the Shelby Mustang – a higher performance variant of the Ford Mustang, and the Jensen Interceptor – a sporting GT-class car. The Mustang was made in the USA; the Interceptor in Britain. I want to compare the stats, talk to some experts and decide which one is best. These two classic cars will be pitched against each other to defend their respective nation’s motoring honour!

On Wednesday 10 February, Matt Shepherd from BBC Radio Cornwall came in to school to talk to the students preparing for School Report News Day. He did an interview with four of our young reporters which is due to be broadcast as part of next week’s BBC Radio Cornwall’s Monday morning breakfast show. 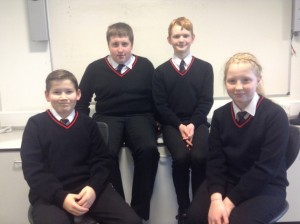 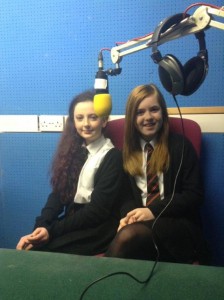 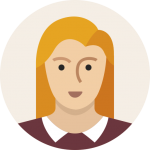 “Hi, this is Katie. I decided to put my name down for this BBC School Report project because I have always had an interest in media and what is going on around me. I also thought it would be a great opportunity and experience to broadcast on BBC Radio Cornwall. Phoebe and I have decided to do a story on ISIS and social media because it is an issue that interests many people in the UK and across the world. As ISIS is such a huge story to cover and we only have a certain amount of time on air, we needed to have a specific angle. Another big thing across the world and UK is social media, and there is almost always a debate going on about it’s advantages and disadvantages. So we decided that we would incorporate the two of them. How do ISIS use social media to influence young people, and should we a students in Cornwall be worried?” 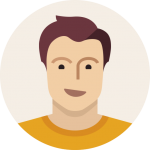 “Hello my name is Jolyon, 12. I want to be involved in the BBC Radio Cornwall project because I haven’t done something so big before and many things I have done I have dropped out of. I am determined to do my best in this project because doing radio broadcast is my favourite thing. I’ll be covering the our schools’ mock Question Time debate and will be interviewing students and guest speakers about their views. I have been on the Brannel School Radio before so I have a bit of experience in this area. ”

“I’m Ellie; I have been chosen to be a school reporter. I was interested in this because I enjoy reading and writing news stories. I’m really excited about seeing how BBC radio Cornwall works and producing my own news story. I’ll be covering our St Piran’s day events at school. I’ll be interviewing students and our special guest chef about Cornish identity and why Cornwall is so important to people.”

“Hello, my name is Tom. I am 13 years old and I am in Year 8. I am interested in news because it always brings something new. Nothing is ever the same. It is fast paced, enjoyable and you learn something from it. You can always go away knowing that the experience has helped you. School is fun because it is similar to news in some ways. You always learn something new, and it is never the same old boring subject. It is enjoyable and there are some things which you like, some you don’t. There is something for everyone. I’ll be covering our St Piran’s day celebrations and our love of Cornwall with Ellie.”